Wilson Learning has a wildly popular training program called “Negotiate to Yes,” which featured master negotiator William Ury as its SME. Wilson’s problem was that facilitators, consultants, and even learners were complaining about the dated video scenarios that accompanied the curriculum. Students liked to see how the negotiation principles would play out, but the quality and tone of the videos were well past their due date (see the image below).

Wilson needed a video production company that could make corporate training videos that were compelling, engaging, and relevant to the training curriculum. Unfortunately, their previous vendor hadn’t updated its approach, despite how much audiences’ taste has changed over the years. With the ubiquity of rich entertainment from providers like Netflix, HBO, and Disney, audiences at every age have grown more critical of video quality – even though they’re largely unconscious. 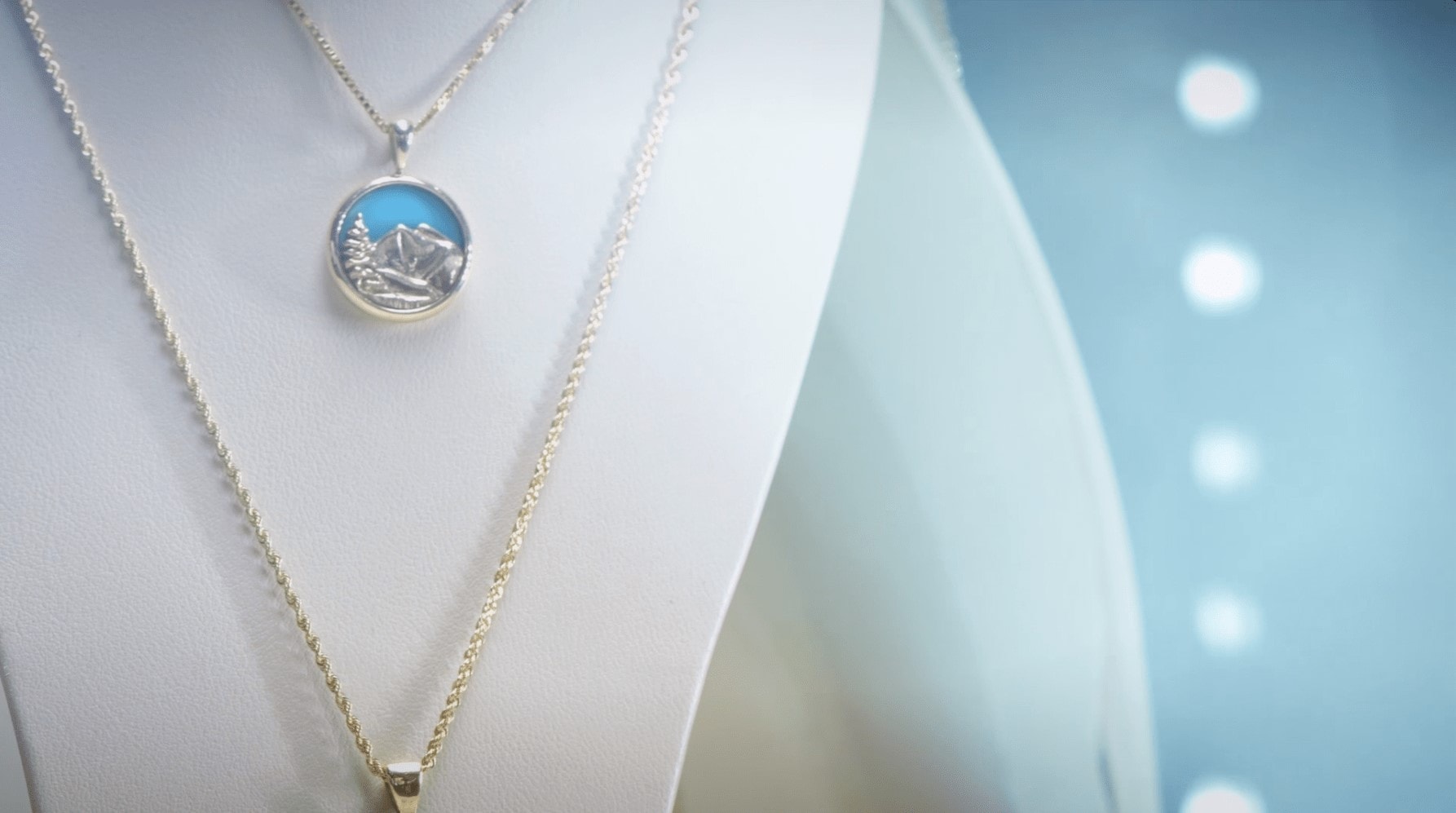 “The facilitator is absolutely thrilled and thinks [the videos] are outstanding! Really well received by participants. They have made such a difference to the quality of the program we are delivering.”

Our storyline fit a more contemporary learning environment that was familiar with Wilson's target customer. Instead of a nebulous office space, we chose a tech startup. We created relatable characters that highlighted real frustrations within negotiation - rather than picture-perfect scenarios where everyone wins.

Wilson used to be extremely hands-on with their video vendors. Other video production companies even made them revise and write scripts! Our approach to video production let them relax without having to worry about liabilities or dropping the ball with their boss. This freed them up to focus on more important tasks, like marketing and selling the program with some great new collateral.

Finally, we really wanted the SME/presenter to look like an authority to Wilson's audiences. We included several details that would reinforce Wilson's brand in the video, even down to the color tie that Ury wore. See the comparison image below.

The talking-head portions of the training didn’t have thoughtful lighting, and the location was a functioning office rather than a film studio. The frame was littered with unnecessary objects, with the presenter hiding behind the table. These distractions hinder learning and add to the cognitive load of viewers. 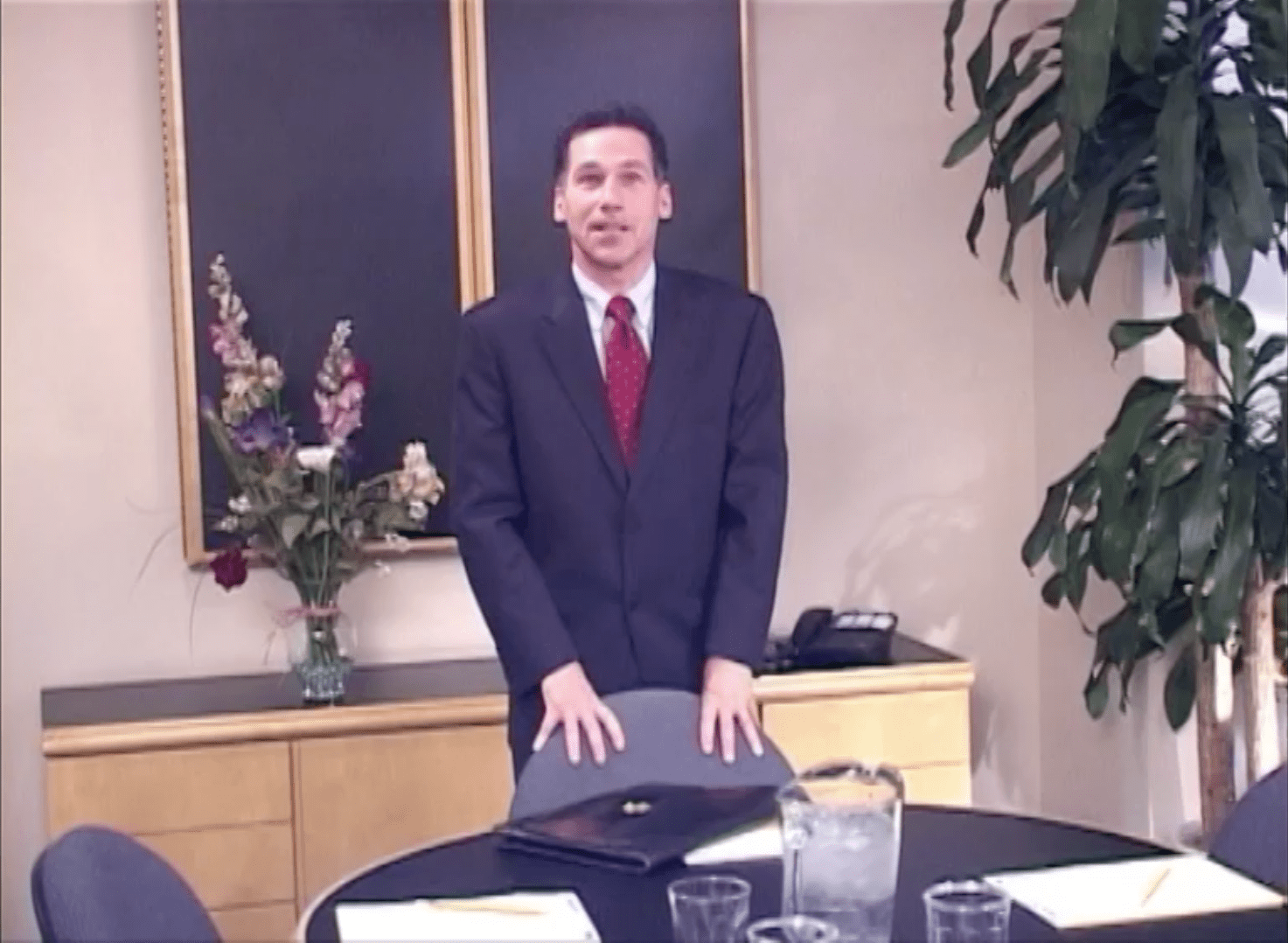 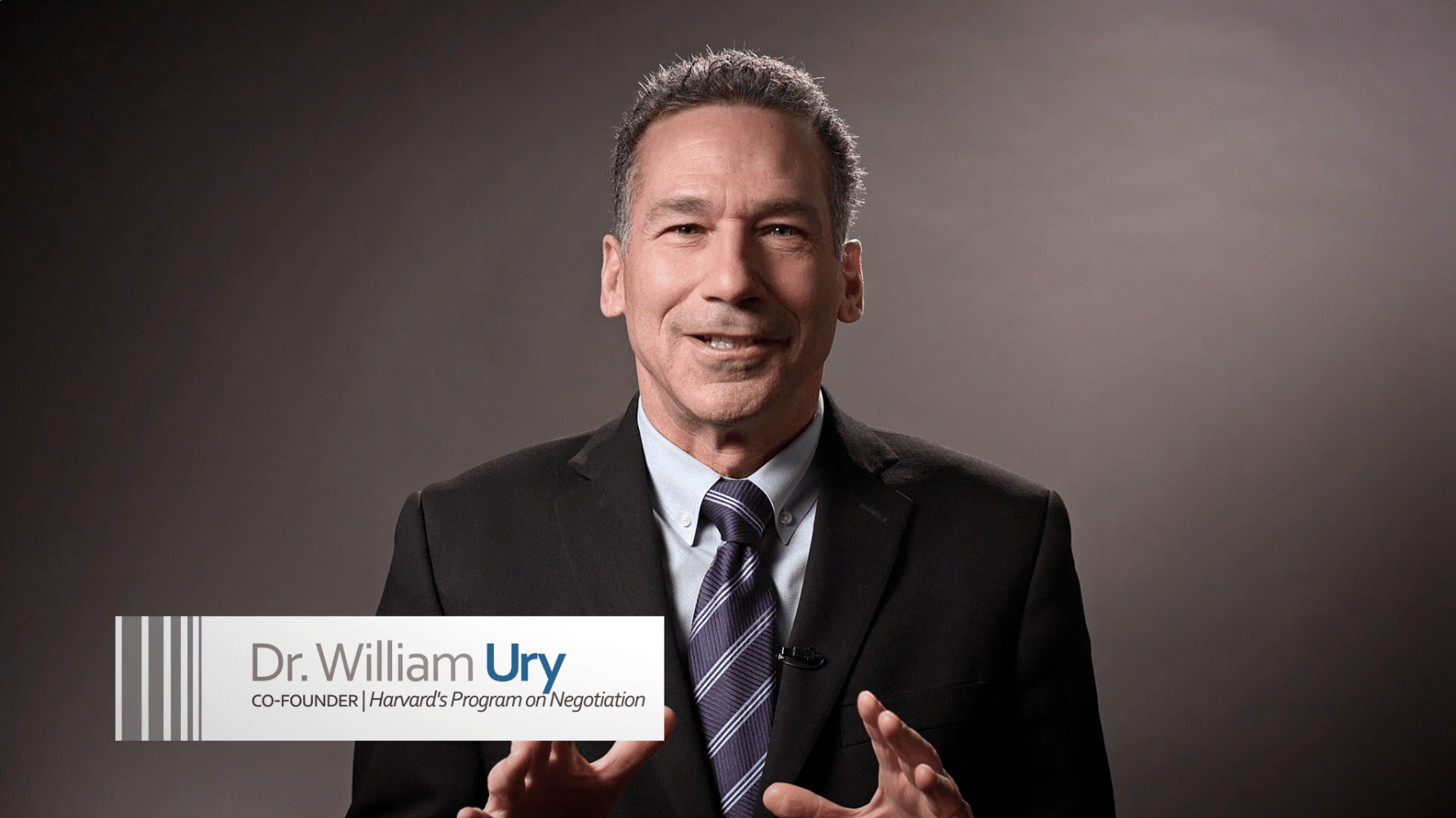 We chose a clean frame. The gray backdrop symbolized the muddled nature of negotiation (with no position being truly black or white). We put Dr. Ury close to the camera because research shows that viewers like and remember faces more when they’re close. We even subtly zoomed in when Ury was making poignant points, with the camera suggesting to the viewer, “Hey! This is important!”